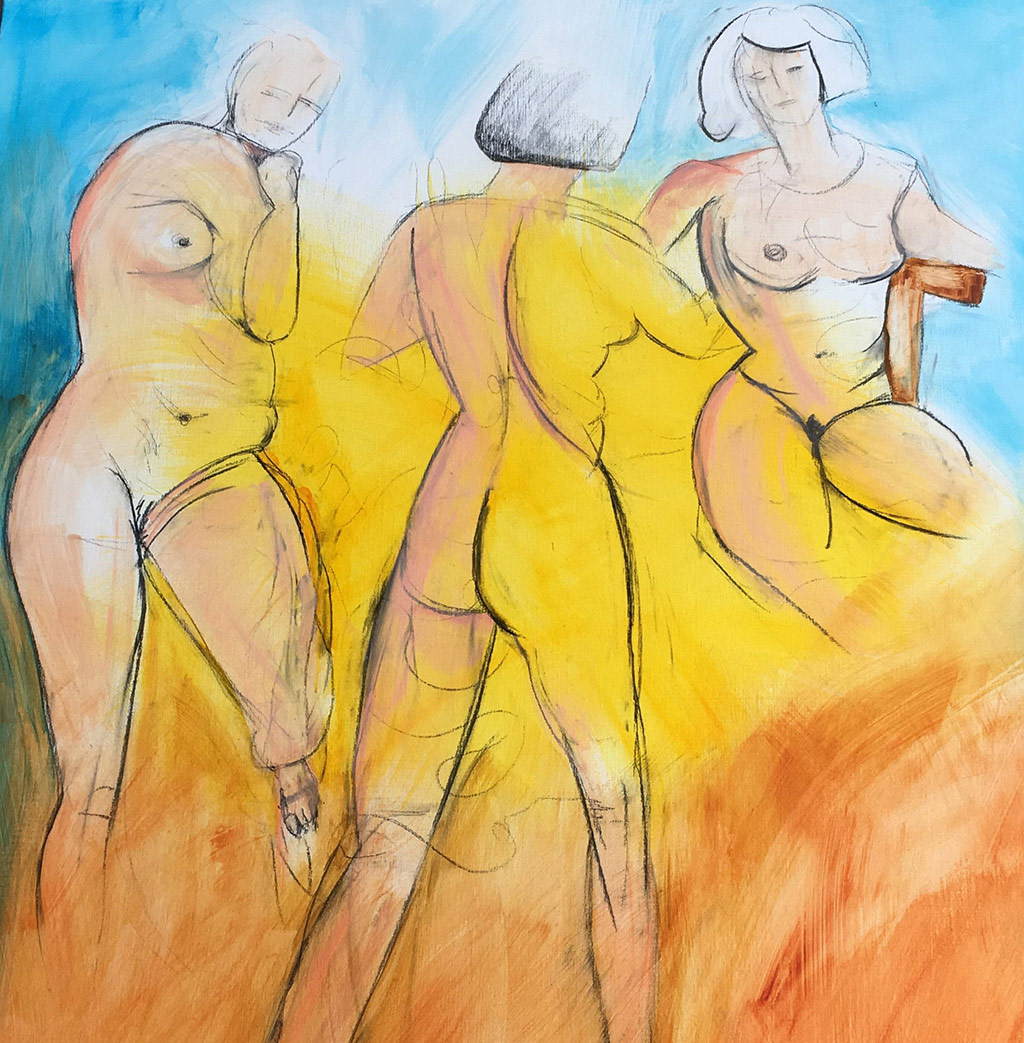 In Greek mythology, a Charis (/ˈkeɪrɪs/; Greek: Χάρις, pronounced [kʰáris]) or Grace is one of three or more minor goddesses of charm, beauty, nature, human creativity, and fertility, together known as the Charites /ˈkærᵻtiːz/ (Χάριτες [kʰáritɛːs]) or Graces.

The usual list, from youngest to oldest is Aglaea (“Splendor”), Euphrosyne (“Mirth”), and Thalia (“Good Cheer”).

In Roman mythology they were known as the Gratiae, the “Graces”. In some variants, Charis was one of the Graces and was not the singular form of their name.The Charites were usually considered the daughters of Zeus and Eurynome, though they were also said to be daughters of Dionysus and Aphrodite or of Helios and the naiad Aegle.

Other possible names of their mother by Zeus are Eurydome, Eurymedousa, and Euanthe.
Homer wrote that they were part of the retinue of Aphrodite.
The Charites were also associated with the Greek underworld and the Eleusinian Mysteries.